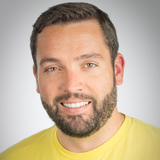 Gopher, Host of the Just For Func Podcast, and VP of Developer Relations at source{d}

Francesc Campoy Flores is the VP of Developer Relations at source{d}, a startup applying ML to source code and building the platform for the future of developer tooling. Previously, he worked at Google as a Developer Advocate for Google Cloud Platform and the Go team.

He’s passionate about programming and programmers, specially Go and gophers. As part of his effort to help those learning he’s given many talks and workshops at conferences like Google I/O, Gophercon(s), GOTO, or OSCON.

When he’s not on stage he’s probably coding, writing blog posts, or working on his justforfunc YouTube series where he hacks while cracking bad jokes.