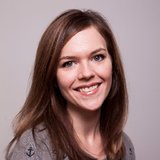 As the Director of Engineering at Codeship and a Docker Captain, Laura's primary focus is making tools for other developers, and aid engineering teams in their quest to ship to production more often. At Codeship, she works on improving the Docker infrastructure and overall experience for all users of the CI/CD platform. Previously, she worked on several open source projects to support Docker in the early stages of the project, including Panamax and ImageLayers. She currently lives in Berlin.