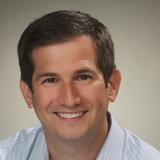 Peter is Founder & CEO of CodeStream, an early-stage technology company developing the next-generation communication and knowledge management platform for software developers. Prior to CodeStream, Peter was Founder & CEO of Glip, a team collaboration platform acquired by RingCentral in 2015, and Multiply.com, a social commerce platform acquired by Naspers in 2010. He also founded Commissioner.com, one of the first online fantasy sports platforms, which was acquired by CBS in 1999. A seasoned entrepreneur and tech executive, Peter is a recognized expert in the collaboration and social networking space, pioneering several of today’s most commonly used features in real-time messaging.

Why Development Teams are Throwing Away Institutional Knowledge -- and how to Preserve it
Peter Pezaris
Wednesday Apr 25, 15:15