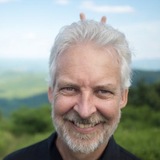 Head of evangelism at Anyscale.io, O'Reilly author on functional programming and expert in streaming systems

Dean Wampler is an expert in streaming data systems, focusing on applications of ML/AI. He is head of evangelism at Anyscale.io, which is focused on distributed Python for ML/AI. Previously, he was an engineering VP at Lightbend, where he led the development of Lightbend CloudFlow, an integrated system for building and running streaming data applications with popular open source tools. Dean has written books for O'Reilly and contributed to several open source projects. He is a frequent conference speaker and a co-organizer of several conferences and user groups in Chicago. Dean has a Ph.D. in Physics from the University of Washington.

Bash and All That; Why Ancient *NIX Tools Are Still Essential - GOTO Chicago