How can you change a software release process meant for 10 developers that 200 are now using? Where do you start? How do you motivate this type of large-scale change within an organization without interrupting the current workflow?

Two years ago, Uptake employed ten scrappy developers who did whatever it took to ship code. When that number of developers hit 200, the outgrowth of these ad-hoc methods slowed down releases. In cases such as these, we must adapt to new ways of developing and releasing the software we create if we want to be successful.

Providing real-world examples from her role at Uptake, Colleen Stock discusses how she and her team maneuvered through outdated workflows and unmaintained systems to transform the way an organization releases code. They created a new deployment pipeline that would take the sprawling system in existence at Uptake and change it into something more sustainable.

This would be the first step in an ongoing process to make deployments more reliable, deliver faster, and make developers’ lives easier. We’re now moving onto the next one, ever-focusing on the task of reining in chaos at a rapidly changing company and trying to make sense of it all. 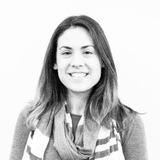