All is not completely rosy in microservice-land. It’s often a sign of an architectural approach’s maturity that anti-patterns begin to be identified and classified alongside well-established principles and practices. Daniel Bryant introduces seven deadly sins from real projects, which left unchecked could easily ruin your next microservices project.

Daniel offers an updated tour of some of the nastiest anti-patterns in microservices from several real-world projects he’s encountered as a consultant, providing a series of anti-pattern “smells” to watch out for and exploring the tools and techniques you need to avoid or mitigate the potential damage. 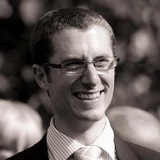