70
Speakers
We have 70 confirmed speakers. Click to see who is speaking.
10
Tracks
We offer 10 tracks, click to read more about each of them.
1000
Attendees
Register Today!
324

Go vs. Elixir for Distributed Computing

Go and Elixir are powerful and popular tools with a similar goal but different approaches.

As a seasoned Go developer, I used to look at Elixir from a safe distance, till its fault tolerance capabilities and Phoenix made it impossible to ignore.

This talk will describe how Elixir works compared to Go, beyond just simple performance benchmarking or syntax preferences. We will instead focus on tooling, development experience at scale, and the BEAM internals (compared to the CSP model) that make Elixir shine as a language to build elegant and strong distributed systems.

Who should attend this talk: People who work with distributed systems and those who like learning about the internals of programming languages.

What is the take away in this talk: Learning about the practical difference between Go and Elixir's approach to distributed systems and how can we design systems that fail better. 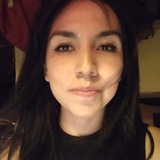