Getting Started with Quantum Programming

A Quantum Computer is a new type of computer that uses quantum mechanics to run certain algorithms exponentially faster than their classical equivalents. These quantum algorithms typically use phenomena such as superposition, the ability for a quantum state to be two different values at once, and entanglement, or the ability for two quantum states to be inherently dependent on each other. Companies such as Google, IBM, Microsoft and start-ups such as Rigetti are investing heavily in this technology, and are deploying quantum processors in the cloud to use by the wider public.

In this talk, I will give an introduction to the syntax of quantum programming, and introduce several platforms and quantum programming libraries to help you get started writing your own quantum algorithms. Finally, I will go over some example algorithms and explain how they can be used for practical applications.

Who should attend this talk? Anyone who is interested in getting started with learning how to program quantum computers.

Academic level Intermediate (some coding and mathematics knowledge will be helpful)

What is the take away in this talk? It's easy to get started with quantum programming! Most languages use Python and come with a built-in quantum simulator. Some languages can be run on real hardware prototypes. 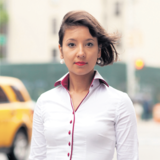